Enter your search term below

Fight yourself fit - a basic guide to martial arts

Fight yourself fit - a basic guide to martial arts

Martial arts use the muscles of the entire body, and physical stamina and strength are boosted. But there are also important benefits for the mind.

How many times have you watched a film featuring some badass hand-to-hand combat and dreamt it was you? I’m sure everyone, at some point, has fantasised about being a Bruce Lee-like action hero, taking down evil with a few swift kicks.

Martial arts use the muscles of the entire body, and physical stamina and strength are boosted. But there are also important benefits for the mind: reaction times and balance can be improved, and practising the arts can have therapeutic effects on other areas, such as self-control.

So it comes as no surprise the martial arts industry is still rapidly expanding. Tired of a repetitive gym routine, more and more adults sign up for martial arts classes every year, for a wide variety of reasons. If you’re thinking of signing up, but aren’t sure where to start, take a look below to read up on the most popular martial arts forms.

Arguably the most popular martial art, MMA consists of striking and grappling, combining techniques from boxing, jiu-jitsu, judo, karate, kick-boxing, muay thai, tae kwon do, and wrestling. You can see where it gets its name from!

While it has roots in vale tudo and Brazilian Jiu-Jitsu, MMA takes inspiration from a variety of sports and martial arts, and similar sports have been practised for centuries all over the globe.

If you’ve ever watched an Ultimate Fighting Championship showdown, it may seem like 15 minutes of no-holds-barred chaos. In reality, the sport is governed by strict rules, and fighters have genuine respect for their opponents, both in and out of the ring. There’s also a strict set of rules all fighters must adhere to while they are in combat.

MMA fighting is definitely the most intense sport on this list, and has an injury rate to match. While millions of people enjoy the sport, it does come with its risks, and may not be suitable for everyone.

That being said, MMA is 100% not just a guy thing, and more and more women have been stepping into the ring in recent years. The martial art’s newfound popularity among women is often attributed to the rising number of popular female MMA fighters, such as Ronda Rousey and Holly Holm.

Try this if: you don’t mind the occasional injury, or if you’re a huge fan of UFC 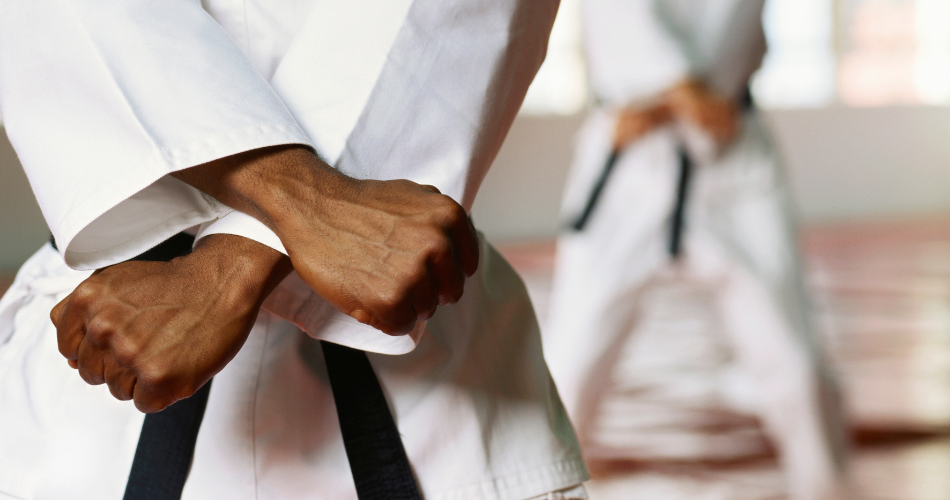 Did you know there are 15 distinct styles of karate? While the most widely practised form is Shotokan karate, there are so many styles to choose from, you’re bound to find one you love. Karate training focuses on striking one’s opponent with punches, kicks, knees, elbows, and open handed attacks, aka ‘karate chops’.

Karate’s origin is found in 17th century Ryukyuan Japan. Its history is a long and rich one, and the sport even has its own set of philosophical teachings, linked to Zen and Bushido. Despite its age, karate is still gaining in popularity, and is set to make its Olympic debut in 2021.

Like other martial arts, there is an intense physical side to karate, as well as mental. Trust me though, the benefits are seriously worth it. Karate has been linked to better balance, strength, and flexibility, as well as improved self-esteem and overall quality of life. Worth a try, eh?

Try this if: you’re into the philosophical side of martial arts, or if you want to try a martial art that’s over 300 years old 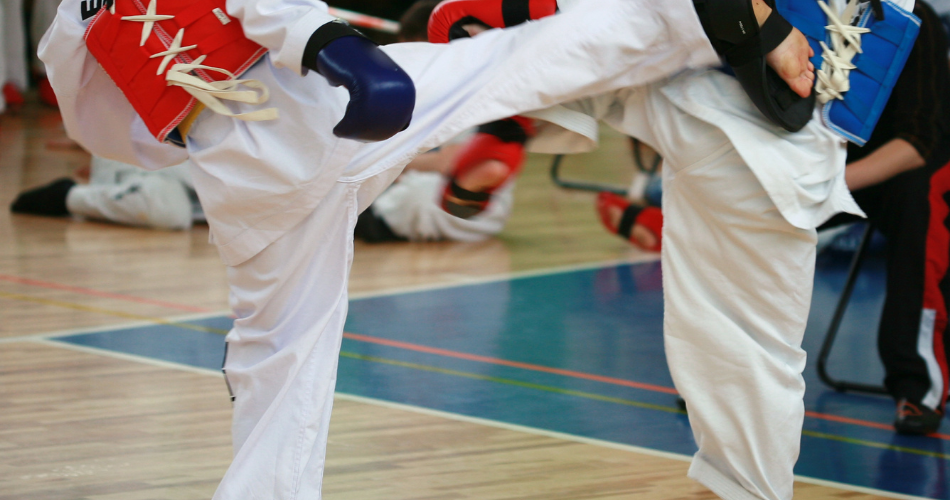 Taekwondo is one of three martial arts included in the Olympics (along with Karate and Judo), and is often recognised by its show-stopping sparring displays and distinct dobok uniform.

The word taekwondo comes from the Korean 태 (tae), meaning to stomp/trample, 권 (gwon), meaning fist, and 도 (do), meaning way/discipline. And really, there’s no better way to sum up the sport.

Taekwondo is the first martial art on our list with a heavy focus on kicking, as well as just striking. Students of Taekwondo typically learn kicking and striking techniques that they then use either in sparring with opponents, or in block-breaking.

Students may also be trained in self-defence, with many Taekwondo training centres also teaching mental and philosophical aspects of the sport, such as self-control, perseverance, and respect.

While still physically intense, Taekwondo is a more controlled, choreographed martial art, and sparring is pretty low-contact. In fact, an important part of Taekwondo is memorising each pumsae, preset sequences of strikes, stances, and blocks. This makes the sport an ideal one if you’re nervous about stepping into a ring with an opponent right off the bat!

Try this if: you’ve always wanted to break blocks with your bare hands, or if you think roundhouse kicks look cool (who doesn’t?!)

Probably one of the most recognisable martial arts there is, due to its status as an Olympic sport, Judo is a full-contact combat sport, and certainly not for the faint-hearted. Like Karate and Taekwondo, Judo is taught using a combination of kata, pre-arranged sequences of moves, and randori, ‘free practice’ involving combat with an opponent.

Judo was first practised in 19th century Japan, by its founder Kano Jigoro. Kano had been trained in Jujitsu but opted to teach martial arts under a different name in response to the declining popularity of martial arts and his wish to make Judo more philosophical.

He believed in the principle of seiryoku zen'yo (‘maximum efficiency, minimum effort’), suggesting weak fighters could beat stronger opponents not by resisting their attacks, but by evading them, to cause imbalances.

As Judo takes most of its inspiration from Jujutsu, the competitive randori aspect of Judo is more prominent than the kata. Compared to Taekwondo and Karate, which place their emphasis on learning pre-arranged forms, the sport is more combat-focused. Objectives during combat involve either throwing an opponent to the ground, pinning them down, or seeking submission using joint locks and chokes.

Try this if: you’re looking for a sport that’s not too intense, but still has plenty of full-contact fighting involved

Looking for more information on keeping your body happy and healthy? We've got lots of great articles you can check out. Plus you can subscribe to our newsletter for articles in your inbox plus special offers, details on our upcoming events and the LiveFit Festival!

WOMEN AND EXERCISE - WHAT TYPE IS RIGHT FOR YOU

When it comes to working out for a women, there’s a few things you should consider before deciding on what type of exercise you do. Finding the right one for your body is important and you’ll be surprised how your monthly cycle can play quite a key role.

AN AMRAP FOR THE ROAD

In our busy lives between work, travel, kids and the wet weather (you know it!), it can be hard to squeeze in the time to get to the gym or do a workout of any kind. As long as you do something to move each day. Here's a workout for the road.

WHY TURMERIC IS THE SPICE TO SPICE UP YOUR LIFE

You’ve probably heard the hype recently that Turmeric is the go to spice when it comes to the various health benefits, and you‘ll be pleased to know turmeric does actually live up to the hype.

Subscribe to get news & announcements on LiveFit events first plus there's also Exclusive Subscriber ticket offers, Special offers from our brand partners, Healthy recipes, Workouts and so much more! It's free!